HISTORY The speed camera, or the traffic enforcement camera, as it is known among police officers and administrative offices, dates back as far as 1905. That year, a patent for a so called “Time Recording Camera for Trapping Motorists” (notice the “trapping” term…) was filed. The working principle behind this primitive camera was basically the same as the one used in modern day cameras, only that it used a more direct approach. The camera would take two photos of a car, moving across the start and end points of a measured section of the road. It’s not clear what exactly triggered the camera into coming to life… Several other attempts to develop an usable camera were made during the following 60 years or so, with the most notable one being that manufactured by Dutch company Gatsometer BV, founded by rally driver Maurice Gatsonides. He was trying to use the camera to help him improve his driving, by monitoring speed around corners. His camera was the first automated road-rule enforcement system. Currently, Gatsometer is the world’s biggest supplier of speed camera systems, and you should also blame it for inventing the first radar to be used with road traffic. 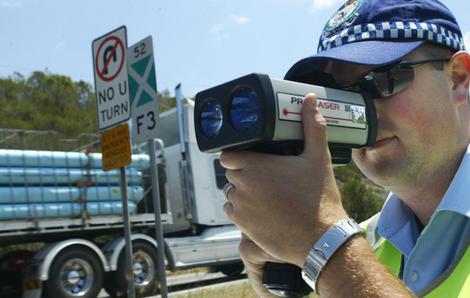 A sight dreaded by drivers even more than traffic policemen, speed cameras have not been around for a long time, yet they have shortly become one of the favorite pub, media and home topics for drivers and non-drivers alike. Are they useful? Are they accurate? Should they be used? Do they interfere with that “privacy right”, so acclaimed by human rights activists?

We couldn’t care less what the answers to the above questions should be. Not here, at least. What we will try to do here is give you a better perspective on the topic, so you may decide for yourself what the right answer to any of those questions should be. We will give you a brief history of the technology, we will try to show you the types of speed cameras and, in the end, explain how each of them works.